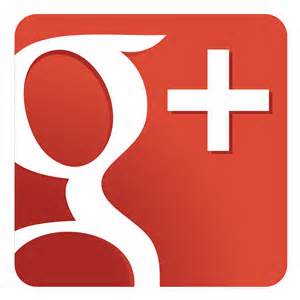 As the battle between adversaries Facebook and Google heats up, Google continues to promote its social media tool Google Plus (Google+).  A year ago, Google counted 540 million active users of Google Plus.  By some estimates, it is expected to surpass Facebook in social media dominance by 2016.  This neck-and-neck race means that no business can afford to miss out on the SEO opportunities presented by Google Plus.

When it first arrived on the scene in 2011, Google Plus was launched as an “invitation-only” field test. It was off to a bit of a shaky start at first.  According to the New York Times, in the Fall of 2011 a Forbes writer even wrote a eulogy for Google Plus.  Said the writer “Google might not know it yet, but from the outside, it’s clear that G+ has started to die — it will hang on for a year, maybe two, but at some point Google will have to put it out of its misery.”

This foreboding of the young service’s demise didn’t last long, as demand quickly soared and Google opened up Google Plus to everyone (13 and older in the U.S.) on January 26, 2012.  Still, many people don’t know what the purpose is for Google Plus. How could it possibly compete with social giant Facebook?  What function does it provide?

According to a February 14, 2014 article in the New York Times, Google Plus enables Google to capture your complete online presence in a way Facebook does not.  The reason is that once you sign up for Plus, it becomes your account for all Google products, from Gmail to YouTube to maps, so Google sees who you are and what you do across its services, even if you never once return to the social network itself.  That gives you a presence – a big one.

Before Google released Plus, the company might not have known that you were the same person or business when you searched, watched videos and used maps. With a single Plus account, the company can build a database of your affinities.

“Google Plus gives you the opportunity to be yourself, and gives Google that common understanding of who you are,” said Bradley Horowitz, vice president of product management for Google Plus. With Plus, Google can follow people’s friendships on Gmail, see the places they go on maps and learn how they spend their time on the more than two million websites in Google’s ad network.

For businesses, creating a complete Profile on Google Plus is almost akin to creating a website itself.  When someone searches for an HVAC contractor in their local area, for example, a local HVAC contractor with a Google Plus Profile is likely to place on page one of Google, since the Google search algorithm naturally favors its own services.  Right now, lots of businesses are not yet utilizing Google Plus, giving those that do a further SEO advantage.  Furthermore, pages and comments posted on Google Plus are more quickly indexed by Google, yet another SEO advantage.

According to the article, Starbucks, for instance, has three million followers on Google Plus. Although this is a small number of followers compared with its 36 million “likes” on Facebook, Starbucks still updates its Google Plus page for the sake of good search placement.  Additionally, the company seeks out and follows advice from Google representatives on how to optimize Plus content for the search engine.

“When we think about posting on Google Plus, we think about how it relates to our search efforts,” said Alex Wheeler, vice president of global digital marketing at Starbucks.

The key steps to properly utilizing Google Plus include:

As 2015 approaches, new Google algorithms are likely to continue to build upon use of Plus.  A solid Plus presence will provide healthy SEO ranking and a boost to your company brand.

Engage With Us
Tweets by @to_the_moon_llc
Recent Posts

Please fill out the form below and we will get back to you as soon as possible.

SCHEDULE A FREE CALL  to discuss your project

Schedule Now
hello@tothemoonmedia.com
Copyright © To The Moon Media 2022. All Rights Reserved.
Fill out the form to download the 47-Point Checklist
Back To Top
×